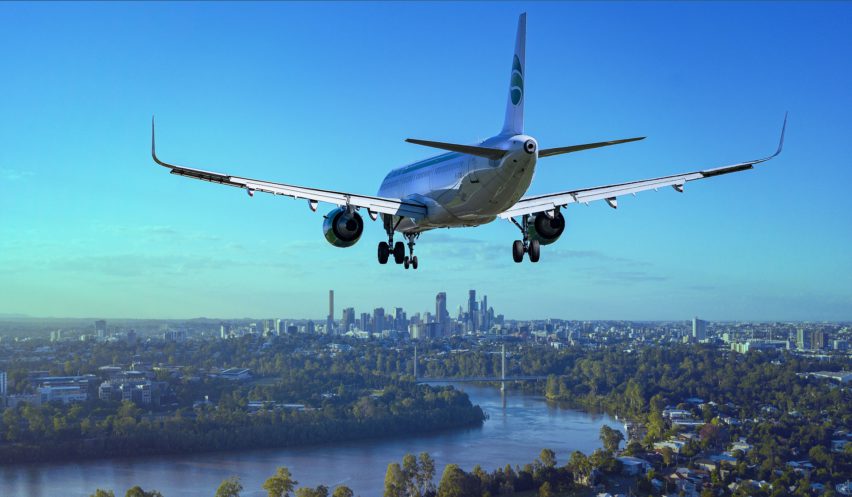 As part of our ChackPacker Anniversary Series we have a special treat for you today: we compiled a Best Of travel stories from our frequent flyers who told us about their most memorable, frustrating, funny or crazy travel moments. Enjoy!

Of course when working in the travel industry unexpected events occur almost every day.

Once, a passenger arrived at the bottom of the plane with his own limousine. He embarked before all passengers. He was a member of a foreign royal family. It was clearly unusual. Another time we also had a band that improvised some kind of Christmas concert in the whole cabin. It was awesome and the passengers appreciated this spontaneity. I am also fond of wedding proposals on board…!

Flight attendant and blogger Evi Schwarzfischer let us know that many stories can’t even be told due to data privacy. However, there are some that can be – luckily:

One night on the plane I walked through the cabin with business class food (porcelain) on a tray, stumbled and spilled all the food on a sleeping passenger. He screamed in shock but took it in good humor afterwards, even though he was completely covered in pasta.

According to Airbus pilot Patrick Biedenkapp the security regulations at the airport can be very strict – even for pilots:

Recently, I had to pass security control in Paris. At this extra crew entrance pilots get treated like criminals. I had to open my suitcase and present all my liquids (luggage which goes in the cargo area) to the security officers. On top also my turmeric powder. I seriously had to taste it in front of them to prove that it is not an illegal substance.

On a flight to Lukla in Nepal in 2011 I accidentally left my Leatherman in my hand luggage. An officer at the airport confiscated the expensive tool. I was angry and sad at the same time and asked whether there would be a way to get it back somehow. The officer told me not to worry and left without a word. I already waved the 100 € tool goodbye in my mind. Right before departure in Kathmandu the officer appeared in the small aircraft and returned it to me proclaiming: “Here’s your knife!” The looks on the other passengers’ faces were unforgettable.

Business speaker and brand consultant António Paraíso often gets mistaken for a different person while traveling. Sometimes this can be fun – and sometimes it’s not:

One day in Copenhagen a police officer had been murdered and the suspect was an illegal immigrant. So I was mistaken for that immigrant and was arrested in the street for interrogation.
I called one of my Danish clients, with whom I had dinner on the previous evening and he came to the police headquarters and confirmed my alibi.

Back in the 90’s I was drinking and dancing with friends in a night club in Manchester, and many youngsters came to me asking for autographs. Later I realized they had mistaken me for soccer star Eric Cantona, who was playing for Manchester United Football Club at that time.

And the prize for the most unnecessary flight delay goes to this story by Director of Controlling Moritz Duschl:

Once I was on a plane from Munich to Copenhagen. The plane was ready for takeoff and had already been standing on the runway for half an hour as we had to return to the parking position. Nobody knew what was going on until the pilot made the announcement that one passenger refuses to put the seatbelt on. Back at the parking position a huge discussion started at the end of the plane between this passenger, his company and the crew. From my seat I could not see these passengers. The discussion went on with the pilot, followed by the security crew until the police had to come and bring these passengers out of the plane. Unbelievable – but as it turned out these passengers were kids and only about 15 years old. At this time we had already been delayed for 2 hours, and unfortunately I missed my connecting flight from Copenhagen to Norway.

My colleague and I had checked in and we were already sitting at the gate at the airport in Berlin. We had a very interesting discussion and watched all the other passengers board the plane. When they made the final call, we were still caught up in our conversation and started hurrying to get on board. That’s when we realized that we were sitting at the wrong gate and that our plane had already left an hour ago.

One of the most memorable stories happened while I was working on a project at a client site in Edinburgh. After our on-site work, a colleague and I decided that evening to do a little exploring in Edinburgh, since we had not been there before. So, we strolled through the city, visited all of the major tourist attractions and toured a few typical Scottish pubs. As we had a very important client dinner later that evening, we had to make sure to leave the city early enough to make it to the hotel where the dinner was taking place, which was around 40 kilometers outside the city. After a while, we were looking for a taxi, already starving and thinking about the fancy food that the client had promised us. So, we found ourselves a taxi. During the ride, we speculated about the fabulous meal that we were promised. Unfortunately, our taxi driver was probably the slowest taxi driver in the whole of Scotland and then the traffic caused serious delays. We sat nervously in the taxi, racing against the clock, with the image of a delicious dinner in our minds. In the end, it took us almost two hours to arrive at the hotel. Of course, the dinner was already over and the client could only tell us about the fancy food we had missed. At the end of the day, disappointed and still starving, we settled for some casual junk-food from room service and thought enviously about the fancy dinner that we had missed.

And sometimes unexpected surprises await our travelers at their destinations, as market research project manager Laura Hess told us:

The hotels for my travels are usually selected and booked by our front office. For a trip to Berlin they booked a hotel that was very centrally located and offered good value for money, which are usually valid criteria. When my colleague and I arrived though we realized it was a hotel specifically aimed at gay men. It was also the weekend of Christopher Street Day, so there was a lot of partying going on at the hotel. It was actually a really nice hotel with great interior and service and very good reviews so on a private trip we might even have stayed. However, with all the partying going on we figured we might not get much shuteye there and, in the end, decided to rebook.

Felicitas Morhart, professor of marketing, might actually have ended up in an entirely different career due to an encounter during one of her trips:

I had a taste of the classic American dream experience. This dates back when I was 23 and spent 3 months in New York for an internship. First time really on my own, my mum was suffering a lot of personal nightmares imagining her girl in the Spanish quarter in Brooklyn… One day, I was standing at the subway and a guy, probably 25 years older than me, gave me his business card, and told me: „You MUST become an actress“. He was an agent for actors and artists who had worked with real big shots in the industry. Even today we are in touch, he sends me flowers every year for Valentine’s day, no matter where I currently am, trying to convince me that acting is the path I should follow. Well, to some degree I follow his advice, because I started singing in a jazzband again.

And then there are encounters of a completely different kind, as wellness hotel tester Andrea Labonte told us:

A couple of years ago we stayed at a huge hotel in Sardinia, which had its own wildlife park. There were wild boars, pheasants, deer and many more. As we were walking around the park one of the boars actually attacked me. Luckily I managed to take shelter behind a low wall – but that was definitely an incident that will be remembered! Once I was in Bali with another hotel tester. At an old temple complex free running monkeys attached themselves to my travel companion and she could not shake them off anymore – there was really no way to get rid of them. These were definitely the most noteworthy animal encounters.

She’s not the only one with surprising animal encounters though. Travel and fashion influencer Liana Schley told us her story:

I stayed in Florida for a couple of months. After waking up one day and heading to the kitchen to make myself breakfast, I heard some very interesting noises coming from the backyard. At first i was frightened because of the scary nature of the noises, but went to have a look nonetheless. I then saw a family of bears, with the cubs having fun in the pool while the mother was watching on. They did not hesitate to use our pool toys and make them their own.